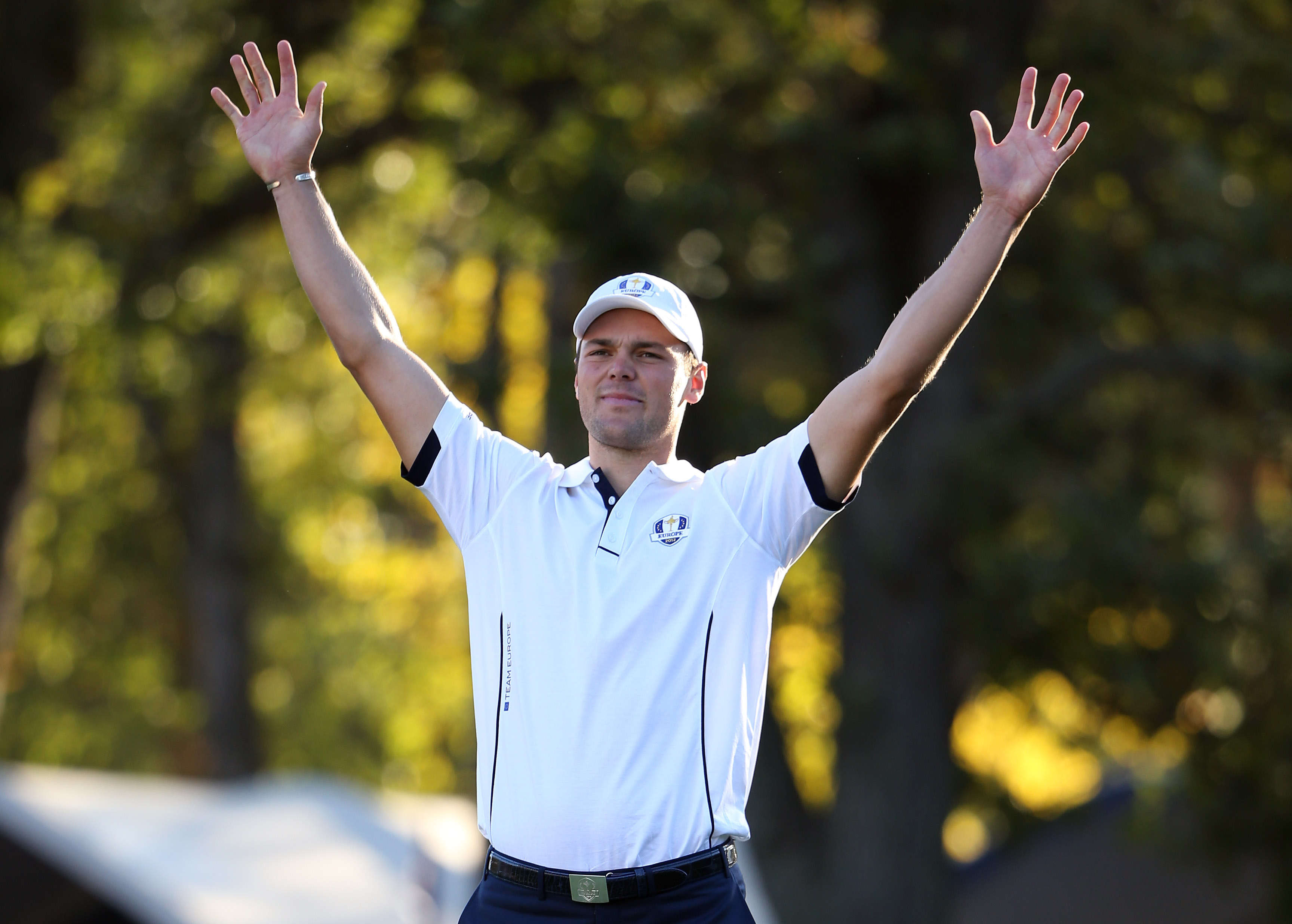 Martin Kaymer has been one of the most successful golfers of the past decade. Since his debut on the European Tour in 2007, he has won 11 titles, including two majors, and one WGC tournament. The German has represented Europe four times in the Ryder Cup as a player and once as a Vice Captain, winning three times, and became world number one in 2011. His road to success has been paved with many memorable moments. Here’s his top five.

At the 2011 WGC-Accenture Match Play at Dove Mountain, Arizona, Kaymer found himself one down early in the semi-final match against Bubba Watson. But this birdie on the 9th took him back all square and he eventually finished the match one shot up. Kaymer lost the final, but his runner-up finish was enough for him to overtake Lee Westwood as world number one.

Kaymer made his breakthrough at the majors in 2010 at the 92nd PGA Championship at Whistling Straits, Wisconsin. He was tied with Bubba Watson at the top after 72 holes and a three-hole aggregate play-off had to decide the winner. Watson took the lead with a birdie on the first extra hole, but Kaymer hit back at the next with this huge birdie putt on the 17th. He bogeyed the last, but claimed the title after Watson found water.

Only a month after Kaymer won The Players Championship, he recorded the most impressive victory of his career at the 2014 US Open. He topped the leaderboard at the end of day one at Pinehurst No. 2 with an opening round of 65, and never looked back. Kaymer sank this long par putt on the last to finish at nine under par, a huge eight shots ahead of Rickie Fowler and Erick Compton.

In 2014 Kaymer surprised the world with his wire-to-wire victory at the Players Championship at TPC Sawgrass. After a solid front nine on the final day he made the turn with a three shot advantage, but a double bogey on the par 4 15th saw his lead reduced to one. On the 17th he saved par with this monster clutch putt, and he went to the 18th with a decisive one shot lead.

After trying to rebuild his swing, Kaymer had failed to record a top-10 finish in 2012 and many questioned his inclusion in Jose Maria Olazabal’s Ryder Cup team. But the Spaniard backed him and saw his faith repaid when Kaymer held his nerve under enormous pressure to sink the winning putt to complete the ‘Miracle at Medinah‘. “It was the biggest relief of my career when that putt dropped,” he later said.

Connect with Martin Kaymer on All Square: www.allsquaregolf.com/golf-users/martin-kaymer